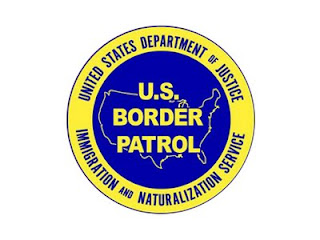 Today's news reminded me of an article I wrote regarding this very problem back in 2003.

Senate Democrats have blocked a GOP attempt to require next year's census forms to ask people whether they are a U.S. citizen.

The proposal by Louisiana Republican Sen. David Vitter was aimed at excluding immigrants from the population totals that are used to figure the number of congressional representatives for each state. Critics said Vitter's plan would discourage immigrants from responding to the census and would be hugely expensive. They also said that it's long been settled law that the apportionment of congressional seats is determined by the number of people living in each state, regardless of whether they are citizens. A separate survey already collects the data.

The plan fell after a 60-39 procedural vote made it ineligible for attachment to a bill funding the census.

Take a look at my original article - unfortunately nothing has changed.

According to the Center for Immigration Studies, there are approximately 11.3 million illegal immigrants in the United States - and could be as high as 15 million. If these illegals are being counted into the census as being part of the population of the state - this has a direct impact on each state's representation in the House of Representatives and in turn effects the number of electoral votes each state is assigned when voting for the President of the United States. The fight for stronger border enforcement should not be ignored during this time as the mid-term elections of 2010 come closer.
Posted by Shira at 2:14 PM