The debates were fun.

I saw part of the 5 o'clock Republican debate -- boring! I'm glad I caught some of it, but wish it would have been just Bobby Jindal, Carly Fiorina and Rick Perry. Lindsey Graham didn't do himself any favors, I'm sure he's a smart guy, but he didn't present well. He kinda just droned on whenever it was his turn. I thought Fiorina was the best of the crowd.

The 8 o'clock Canadian Leaders Debate, on the other hand, was fun to watch. Mclean's Magazine put it on - the moderator asked a question, then basically stepped back and let the four of them fight it out. Fantastic. That was a real debate. Justin Trudeau of the Liberal Party, did decently, and tried to stake out a middle ground. Thomas Mulcair, NDP (Socialists), who is a smart guy, came off kind of out of it the first hour, topped off with a strange smile. Someone must have told him to look friendly and speak slowly. Elizabeth May of the Green Party is also quite smart. She attacked Mulcair and came off sounding like she knew what she was talking about. Stephan Harper, Conservative Prime Minister, was attacked by all three and didn't seem at all shaken. I just wish he wouldn't use the phrase, "Let me be clear" so much!

The 9 o'clock Republican debate was a whole lot better than the 5 o'clock version, and it certainly helped to have an audience. Donald Trump imploded within the first five minutes by saying that he wouldn't guarantee that he'd support the Republican nominee if it weren't him. How obnoxious. Overall, there weren't so many standouts - Marco Rubio surprised me by being better than I thought. Dr. Carson did a fair job, but he's going to need to talk faster. Scott Walker, disappointed me with his stance that he didn't think abortion was a viable option even when the mother's life was in danger. Jeb Bush, was boring.

I thought the moderators from Fox News did a good job. I liked their pointed questions specific to each of the candidates. For those complaining that Trump was ambushed, that is a joke. Trump announced to everyone that he was going to be himself and not prepare... therefore, he rambled, he insulted, he did exactly like he said he would - he was himself. In other words, he was a disaster, and it's his own fault.

I had a good time Thursday night, hope you did too!
Posted by Shira at 8:05 PM No comments:

So Many Debates, So Little Time 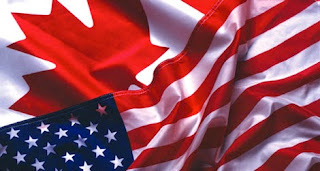 It's true. Thursday is going to be a busy night.

Fox News is hosting the first Republican debate... and here in Canada that same night we'll be having the Leaders Debate in the oh so long, 11 week campaign for Prime Minister. Yes, you read that correctly, 11 weeks. The media here is so excited - 11 weeks of what to discuss, debate, bore us all with instead of... a whole 5 weeks! Incredible.

As soon as the kids are in bed, you'll know where I'll be... flipping the channels back and forth. Although I'd love to take a watch at 5 o'clock with the candidates who didn't make the top ten cutoff for the 9pm debate - Henry Hugglemonster, Jake and the Neverland Pirates or Princess Sophia - may be playing instead. Oh well, such is a happy life with little kids.

Enjoy the debates!
Posted by Shira at 9:13 PM No comments: