The Future of Attawapiskat

The disaster of Attawapiskat has been going on for years. The people are suffering, but it does not appear that the proposed solutions, which include sending in more social workers, will truly help them. It is time to think outside the box.

No one doubts that the First Nations have been historically mistreated on many levels (a major understatement), but we have to look forward in order to save the people living there. It has been acknowledged by some that the population of Attawapiskat cannot reasonably continue living there. There are no jobs and no jobs forthcoming. The people of Attawapiskat are understandably attached to the land they live on - especially since they have been forcibly relocated by governments over the last 200 years. But where do we go from here?

As a religious Jew, I am reminded of the Second Holy Temple in Jerusalem, the focal point of Judaism. Pilgrimage was made to this holy place three times a year by Jews from across the ancient land of Judea. They travelled to Jerusalem to partake and celebrate in communal activities. In 70 CE (AD), that Temple was destroyed by the Romans. The Jewish People had to come up with an alternative system to that of the pilgrimage. The synagogue is a reflection of that alternative system. While it is debated when the synagogue came into common use, there is no doubt that the local synagogue really came into its own after the destruction of the Temple.

The synagogue, with Jews praying in a quorum three times daily, helped recreate and re-enforce the communal closeness that the pilgrimage to Jerusalem had once established. This sense of community as well as religious laws helped keep the Jewish identity alive for more than 3000 years, even as we were scattered across the known world.

How can we relate Jewish history to the tragedy of Attawapiskat? Attawapiskat and other native populations are in the midst of self-destruction through abuse, sexual abuse, suicide, and alcoholism -a situation that is continually getting worse. A creative solution is the only key.

When the Second Temple was destroyed, Jews had to find a new way to live outside of the Land of Israel, the holy land given to us by G-d. They created a "diaspora" with the heart of the religion still focused in Jerusalem. First Nations need to create a "diaspora" as well, with their heart still in their ancestral homelands. The leaders of these First Nations need to realize that their proud heritage can be used as an anchor while living productive lives in other locations.

The terrible issues of abuse, sexual abuse, suicide and alcoholism cannot be properly dealt with when those affected have no job, no sense of self worth and see no point in living. A "diaspora" must be created. Community centres teaching Native education along with vocational skills and a good general education can create a tight knit community. This will create opportunity for those who are interested to move onto higher education and bring the best of Canada back to their Native communities. In addition to creating these community centres, government monies can be used to establish a mental health framework where people can have a real chance for rehabilitation. Attawapiskat does not have to fade into the woodwork, rather it can be made a pilgrimage site, where the tribe can assemble once or twice a year to strengthen their relationships with one another.

The next generation is already being destroyed. How much longer are those in government and those leading the Native communities going to let this go on? There are solutions, but none of them will be easy. It will take creativity and courage, especially by Native leaders, to reshape the future of their people. I hope they can take the first step.
Posted by Shira at 4:36 PM No comments:

There's a great collection of videos to be seen related to Israel's 68th Birthday. Go take a look!

Happy Birthday Israel!
Posted by Shira at 11:06 PM No comments:

I found these on Facebook, I can't claim responsibility.

This one is fun, I haven't seen it before: 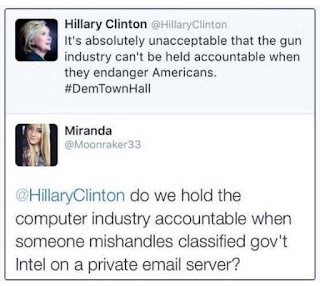 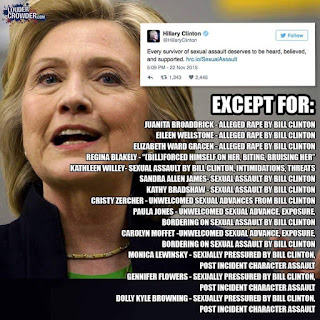 Let's all vote for Hillary Clinton (and her husband).
Posted by Shira at 9:33 PM No comments:

History in the Original - Must See!

I just came across this website, it is fantastic if you love history in primary sources. And even if you don't care for history - you should check it out anyway.

I've only just begun looking through what is available, I can see I'll be spending a lot more time here.

The Year of the Revolution

Maybe you hadn't noticed but Donald Trump is the Republican nominee. But for some reason, I'm seeing a whole lot of Republicans suggesting a third party run by someone else... anyone else. This doesn't make any sense to me at all. They want to see Hillary Clinton win the Presidency? By not supporting Trump, we are looking at another Clinton presidency.

Democrats support anyone with the letter "D" next to their name, whether they like the person or not. Kudos to them. They like winning. Republicans, on the other hand, if they don't like the person running, they are willing to shoot him down and let the other party win. There's something seriously wrong with this. Do you want to win or not?

It's not even about keeping the party together either. While Trump was not my first choice, I think his candidacy is a good thing for the party. The Republican establishment screwed up - ignoring the pain of the working middle class, not fighting to keep President Obama's agenda from being successful, ostracizing the "tea party" conservatives inside and outside Congress, not fighting to keep the deficit down - the establishment deserves what they are getting, they brought Trump unto themselves. This is a real opportunity to revisit the basics of the Republican platform. What do we stand for? Who do we stand for? But I'm not sure that they even understand why they lost this presidential primary.

If somehow Trump manages to lose the presidential election because of a third party candidate, put up by the Republicans who won't support him, this will prove the point - the establishment is only there for themselves. They will destroy the party themselves, not Trump.

This is the year of the revolution - in both parties. Bernie Sanders, while he seems unable to win in a rigged system, is pulling huge crowds. Clinton is working much harder than she expected, trying to co-opt his successful message to the masses. It looks like the Sanders supporters may be more interested in supporting Trump than Clinton come election day. That "D" may not sway them this time.

This is a year where both parties are going to need to re-evaluate who they are and who they represent. What are their ideologies going forward? The establishment lost on the Republican side of the aisle. The Democratic establishment is barely hanging on.

It's time for Republicans to suck it up and support Trump. Clinton will only continue on the same path of destruction as Obama. How can we let this happen? We can't. We have to win.
Posted by Shira at 9:01 PM No comments: