Those Damn Amish Are At It Again! 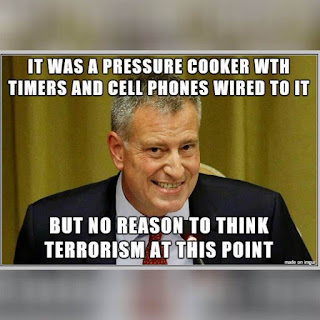 These "apparent terrorist" attacks have been so entertaining! I just knew it was a matter of time before we could blame the Amish for these so-called attacks. They're just blowing stuff up all the time these days. Attacks in France, Iraq, Israel, Libya, Lebanon, United Kingdom... and now New Jersey, New York, Minnesota and Utah! Those Amish sure get around. I'm so glad after mistakenly giving 868 US citizenships to uh, 'problematic people'... we're importing thousands more that we aren't 100% sure that we can vet properly. I'm feeling good today!

The U.S. government has mistakenly granted citizenship to at least 858 immigrants from countries of concern to national security or with high rates of immigration fraud who had pending deportation orders, according to an internal Homeland Security audit released Monday.

Whoops. Well, you know, whatever... 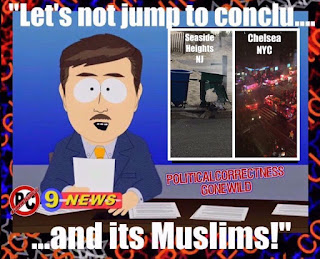 I caught the last 15 minutes of Donald Trump's Child Care announcement last night. I'm not a huge fan of Trump (at all), but I dislike and distrust Hillary Clinton even more. Finally last night, Trump may have me on board, actually voting for him rather than against Hillary. He outlined a proposal for helping women and their families with their child care expenses. Including... giving tax child care tax breaks for stay at home mothers - finally recognizing their financial worth. I also like the tax free "dependent accounts" that can be used toward school choice - another important issue that could make a real difference in our poor urban areas.

I'm excited (finally). I've started looking over the proposal, I haven't finished, but it makes sense.

If Trump can stay on message, he may have a chance.

'We'll start with that child!': Trump works squealing BABY into speech on erasing crippling childcare and providing six weeks of paid leave to new moms - as toddler (and Ivanka) steal the show

Trump/Pence website
Posted by Shira at 10:51 AM No comments:

Is there something wrong with Hillary?

Is there something medically wrong with Hillary Clinton? We don't know... and we won't know until she collapses... oh, wait - she did that already. Surprise, her campaign has announced that she was diagnosed with pneumonia last Friday. Were they going to mention it to anyone?

The problem with Hillary is that you never actually know when she's telling the truth. Maybe it is pneumonia, maybe it isn't. There's no chance she's going to be transparent about her health.

CNN made a documentary about Hillary titled "Unfinished Business". I didn't watch it. I don't have the time in my life to spend thinking deeply about her. However, the title bothered me. It assumed that she has a right to the presidency. Her life is not complete without becoming the President of the United States. Hillary Clinton is a lawyer in her own right (also being fired for being unethical). She's been the 1st Lady. She's also been a US Senator and Secretary of State.  These are all respectable roles for anyone to have and be perfectly happy walking away feeling accomplished (whether or not they *actually* were accomplished is something else). But not Hillary Clinton, she has "unfinished business".

Truthfully, I'd like to see both candidates examined by an independent 3rd party doctor who has no skin in the game. Good luck with that. So instead, we'll wait and see what is served to us next by the Clinton campaign.
Posted by Shira at 9:05 PM No comments:

Proud to be an American 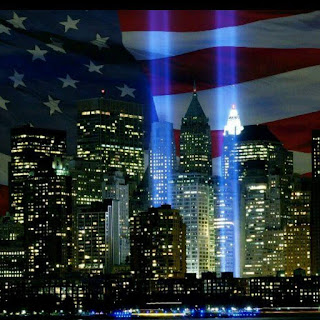 The iconic question for my generation, where were you the morning of 9/11?

It was a regular sort of morning. I was home, preparing for teaching my afternoon social studies classes of 7th and 8th graders, when I got a phone call from an acquaintance of my sister. He asked if I'd seen the news, the Pentagon and the Twin Towers had been attacked. We hung up the phone and I turned on the television.

It was shocking. Both of the Twin Towers had been hit and we were watching the smoke billow out of them. Reporters were talking about the firemen who had run into the buildings to save those inside. Then all of a sudden the Towers came tumbling down. The terrible question in my head - were the first responders still inside? Oh my G-d, they were. It was a horrible scene to watch - but I dragged myself away around noon... I still had classes to teach.

What was amazing was that Americans banded together. Congress even got together and sang God Bless America on national television. Being from Michigan, we used to make fun of New Yorkers - but that morning changed everything. We were all New Yorkers, we were all Americans... no matter where you were from. Life had changed. We, all Americans, were under attack that morning.

E Pluribus Unum - from many, one. The phrase printed on our Great Seal of the USA and on much of our money. The focus is not on where we come from - but who we become. There's so much talk about multiculturalism, the color of our skin, being from different working classes... but this is not what the United States is about. Certainly we can respect each other and our differences, but we are all Americans. Americans, period. Without qualifying adjectives added or needed.

The Islamic terrorists who attacked America's financial center, military center and attempted to attack our democracy at the core - who were stopped by the Flight 93 martyrs, bless them and their families - were attacking all of us. They did not care who we were as individuals, what color our skin was, what countries our families immigrated from... these terrorists cared about bringing death and destruction to Americans.

On September 11th, we were reminded that we are all Americans. We, as a whole, were and still are, under attack. America is a special place, and American exceptionalism is still a very real concept. We must not forget who we are. While other countries, thankfully, have followed our lead - the United States was the first to be founded on the concepts of religious freedom, the freedom of the individual to follow their dreams, the right of the individual to be greater than the class that they were born into, and so many G-d given rights that we take for granted each and every day - even the basic right to self defense... we must be thankful every day to be an American.