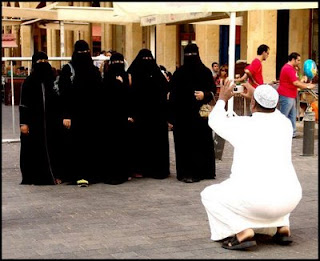 This past Sunday, the esteemed New York Times claimed - on their front page no less - that President Bush is the reason for the downturn in the economy, specifically for the disaster in the housing market.  This is ridiculous and thankfully the Investor's Business Daily noticed the re-creation of reality.

He [Bush] pushed hard to expand homeownership, especially among minorities," its [NY Times] lengthy front-age piece asserts.  "But his housing policies encouraged lax lending standards."
If the Times had said the same thing about Bush's predecessor, its story might have a kernel of truth to it.
Seeking to lock in minority voters for Democrats, Bill Clinton in 1993 set a national homeownership goal of 55% of blacks, a major increase from existing levels.
To achieve it, he tasked his regulators to lead an anti-redlining crusade against the banking industry that included revising Community Reinvesting Act regulations to pressure banks to adopt "flexible" lending standards for low-income borrowers.
Clinton also pressured Fannie Mae and Freddie Mac to buy not just subprime loans, but also subprime securities, to meet "affirmative action" lending quotas.
These actions - which were far more concrete than anything Bush did to encourage minority homeownership - were never cited in the Times' nearly 5,000 - word piece.

The New York Times is not the only source of mangled and dishonest information; we have seen such bias many times over the last two years of the election system.  We see the media only serves its own purposes.  History is being changed and corrupted - the truth is no longer important - welcome to 1984... where history is being sucked down the memory hole and being rewritten.
The honorable muckrakers of the late 1800s and early 1900s, who spent their energies investigating the prisons and insane asylums, as well as other major issues of the time did a service to us all.  Rather than being the honorable writers of yesteryear, nowadays we have the Times breaking stories which undermine and destroy the United States' ability to fight the war against fundamental Islam.  Is this the muckraking of today?  WWSLS?  What would Sinclair Lewis say?
Between the deliberate and calculated deceptions being perpetrated and the destruction of history by those to whom we've given our public trust - Americans have no reason to believe a word in print, or an image on the screen that purports to be "news" or "investigative journalism".  True journalism is dead.  Honesty in the media can be assumed gone.  Welcome to the new Ministry of Truth.
Posted by Shira at 10:04 PM 1 comment: Links to this post

I picked up the Financial Times this past Thursday, December 4th and was reading through the paper when one of the articles headlines caught my eye, "Rice urges India to foil repeat attack". How funny is that? Does anybody think that India wanted these attacks to occur, or even want that massacre to happen again? The subtitles go on to say that "New Delhi blames Pakistan controllers" and "Concerns that some militants remain".

India has owned up to its own intelligence failures. That being said, Secretary of State Rice could better spend her time talking and putting pressure on neighboring Pakistan for not being more forthcoming when asked for help when tracking al-Queda members and other terrorists. Rather than "urging" the victim country to do more, it seems to make more sense to take a close look at the country from where the terrorists that perpetrated the horrific crimes came.

Is this United States policy? Is U.S. policy to blame the victim for the crime against him?

If we are unable to name correctly who is at fault for the murder of over 172 innocents, six of those being especially targeted (Jews) -we are all in trouble. This may be the case since the article uses the word "militants" - while Rice is quoted using the label "extremists".

We are at war, it's time to recognize that fact.
Posted by Shira at 2:48 PM No comments: Links to this post

Samantha Power is back!
Who is she?  She's an Obama foreign policy advisor that insulted Senator Hillary Clinton during the course of the election by calling her a "monster".  Power was forced to resign that day, but today it's being reported that she is now

...listed on Obama's transition Web site as part of the team reviewing national security agencies.  Her duties, according to the site, will be to "ensure that senior appointees have the information necessary to complete the confirmation process, lead their departments, and begin implementing signature policy initiatives immediately after they are sworn in."
In short, she is part of a team that is likely to work directly with Clinton, a potentially awkward situation for the two women.

Awkward!?  You think!
While it may be fun to watch the fireworks, it is more interesting to think about why she's been brought back into Washington.  Power has compared Israel to Rwanda - suggesting that the United States should "intervene" in Israeli politics in order to protect the Palestinians from "genocide".
It is worrisome to me to think that perhaps President-elect Obama is continuing in his perspective that it is Israel that is the problem in the Middle East and not Muslim terrorists.  Don't forget, Obama still has Zbigniew Brzezinski as an advisor.  Yes, the same man who thinks that the "Israel Lobby" in the United States is the biggest obstacle to peace in the Middle East.
While the election may be over, and it is clear who won - it will also become clear to us all what Obama's perspective and possible policies will be when dealing with Israel and the Middle East as a whole.  I'm holding my breath.
Posted by Shira at 6:05 PM 1 comment: Links to this post