Israel and the Art of Self-Preservation 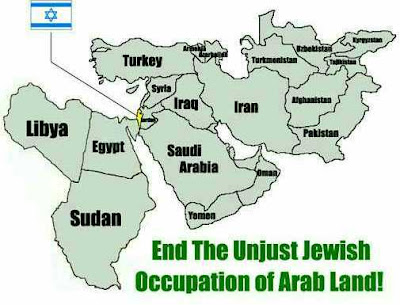 It has finally happened.

In a dramatic policy shift, Israel's prime minister has agreed to negotiate the borders of a Palestinian state based on the cease-fire line that marks off the West Bank, a TV station reported Monday.

In other words - Israel will go back to pre-1967 borders before the Arab World attacked it. Why? Supposedly this offer will stop the "Palestinians" from going to the United Nations and unilaterally proclaiming a state.

It's truly amazing to me. Jews are supposedly a smart people. We have Nobel Prize laureates in biomedical, chemistry, economics, physics and literature reaching back more than 100 years. No one out there doubts that Jews have excelled in all areas - except, I would argue, one. Self-preservation when we are responsible for it.

G-d preserved the Jewish People in exile for more than 3000 years in order to return us to the Land of Israel in order to create the modern state. And here we are in 2011 being blackmailed into giving away our inheritance.

If we had a guarantee that these lands wouldn't be used as a launching pad to attack Tel Aviv, Jerusalem or Be'er Sheva - we could conceivably assume that returning to a 9 mile wide border might possibly be a gamble that we would be willing to take. But there are no guarantees and we know what assuming gets us.

Considering the "Arab Spring" that sprung a few months ago, we have seen the Middle East neighborhood change - and not for the better. Iran is showing more influence in the region than they ever did before. The Gaza Strip - an experiment in "Palestinian" self-rule is a disaster. Rockets from Iran still rain daily upon civilian populations within Israel. Syria, a close ally of Iran, still supports Hezbollah in Lebanon - attacking Israel from the north. Egypt is no longer the close friend it used to be under Hosni Mubarak (not a pleasant fellow, but Israel could trust him). The military running Egypt allowed Iranian ships through the Suez Canal into the Mediterranean Sea for the first time. They no longer attempt to control what weapons come into the Gaza Strip through the smuggling tunnels. As Egypt gets ready for their first real election in years we wonder about the influence of the Muslim Brotherhood as they are being allowed to join in the process.

The Middle East is a scary place for a little democracy full of Jews and other minorities. The Arab Middle East is a vast 6,145,389 square miles (the USA has about 3.8 million sq.miles) while Israel has under 8,000 square miles which doesn't include Gaza, Judea/Samaria or the Golan Heights (which doesn't improve the numbers by much). Israel is tiny.

The "Palestinians" still do not recognize Israel as a "Jewish" state and they never will because they don't believe that the Jews have any right to be there. When they are unable to acknowledge a "Jewish" state, it proves the point that it is not 'Zionism' as they proclaim to be the problem - but Jews and Judaism as the problem.

The point is not that the "Palestinians" need a "homeland" - they don't. It is that they don't want the Jews to have a homeland period. The Arab World could have solved the "Palestinian" question years ago - they have the money and the space. They didn't want to - why should they? The "Palestinians" are a thorn in Israel's side - a way to delegitimize the Jewish State, branding the Jews as usurpers when in truth it is the other way.

When Israel accepts the pre-1967 "Auschwitz" borders as a precondition for negotiations with people who are unable to recognize her existence as a Jewish state, when they themselves will unapologetically proclaim another Muslim state, it is mind boggling. When Israel accepts a 9 mile wide border as a precondition when surrounded by people who hate and wish them dead, it is mind boggling. When Israel hopes that proclaiming the pre-1967 borders as a legitimate starting point for negotiations in the hope that the United Nations, full of dictators and rogue states, will not recognize a new "Palestinian" terrorist state - it is mind boggling.

One hopes that G-d, who has protected the Jewish People over the last 3000 years to bring us to today, will again look kindly upon us and save us from ourselves.
Posted by Shira at 7:31 PM

I absolutely agree with what you've said here.