Condemn the Right! Don't Confuse Me With the Facts! 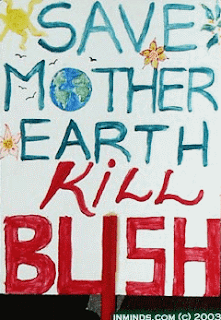 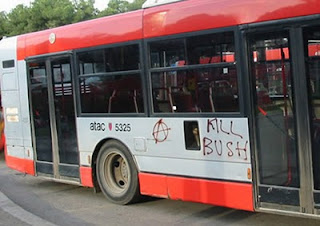 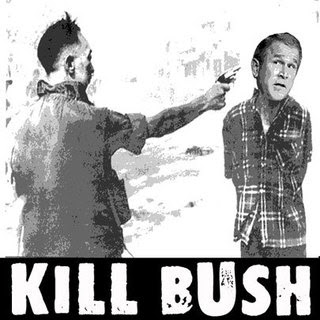 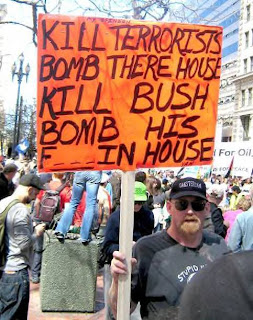 The moment I head that Congresswoman Giffords was shot I knew that the right-wing was going be attacked for this massacre in Arizona. Never mind that he read Mein Kampf and The Communist Manifesto. Never mind that one of those murdered was a conservative leaning Federal Judge. This murderer was equal opportunistic and a crazy left-winger. But never mind all this.

It's too bad I had no monied bets with anyone. I would have bet that these three groups would find themselves in the "crosshairs" of the left-wing media.

Wouldn't you know it. Within 48 hours of the shooting - I find myself absolutely correct in my judgements.

The left-wing condemns the rhetoric. Sure, so do I - but I waited eight years to hear any left-wingers condemn the "dangerous" rhetoric coming from their side about President George W. Bush. I don't think I heard much more than crickets. I'm still waiting.

Ah, does that mean I believe in 'scary' rhetoric? I am not for advocating violence or hurting anyone I disagree with - I merely state here that I am tired of the double standards being put out there by the left-wing of the country - that the only scary rhetoric is from the right. I'm tired of a media that in one breath reports that the murderer read Hitler and Marx then turns around and condemns the Tea Party as the true culprit. I'm tired of free speech and 1st Amendment rights that are reserved for liberals and not conservatives. I'm tired of an irresponsible media that is unable to report the facts rather than giving us their opinions as the facts. I'm tired of the constant barrage of attacks on honest gun-owners. I'm tired of the attacks on talk radio - considering that those attacking have never taken the time to actually listen. I'm tired of all of this.

That being said - I knew it was coming the moment I heard the news. It's too bad I was right.

ps. Check out those liberal "free-speech" pictures at the top - go to Google images if you would like to find more of them. Remember the 1st Amendment only applies to the left-wing of the country.
Posted by Shira at 12:16 AM

One could add that Unabomber read "Earth In The Balance," but that would imply being skeptical of 'Global Warming,' wouldn't it? One might also ask what inference these folks who tied their enemies to the Tucson shooter made concerning the Ft. Hood shooter.