Does Israel have a Plan B? 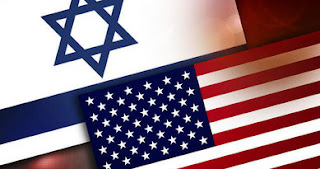 I believe that all countries should do what is in the best interest of their respective countries.

I also expect that Israel should do what is best for Israel and her citizens.

Israel and the United States have been allies since Israel's founding in 1948, but there have even been times over the course of time that Israel and the U.S. have not seen eye to eye. These moments have generally occurred when Israel decided to defend herself and those living in the country.

1956 - Egypt nationalized the Suez Canal, an important trade waterway in the Middle East. In a joint effort, Israel, Great Britian and France invaded Egypt and took the Sinai Peninsula and Gaza. Israel was condemned by President Eisenhower and had aid threatened to be withheld if Israel didn't withdraw. They did.

1973 - The Yom Kippur War. Israel was attacked by the surrounding Arab countries on one of the holiest days of the Jewish calendar. The battle was not going well when Israel asked the U.S. for help.

Just days after Egypt and Syria launched a surprise attack on the holiest day of the Jewish year (Oct. 6, 1973), Israel urgently needed more tanks, planes and ammunition, its leaders argued. But 25 years ago, at the height of the Yom Kippur War, the White House responded that it would study the request.

Secretary of State Kissinger waited six days before granting the request. In his words: "let Israel come out ahead, but let them bleed."

1975 - President Ford threatened to re-evaluate the U.S.- Israel relationship if Israel did not pull out of the Sinai Peninsula.

We know that President H.W. Bush's administration was not especially friendly to Israel.

President Bill Clinton was known as being "very friendly" toward the Jewish state. This friendship lead to many "piece" agreements where Israel gave away much and received little.

President George W. Bush was probably the most open in his support of Israel. Bush went on to speak about the bond between the United States and Israel.

"Some people suggest that if the United States would just break ties with Israel, all our problems in the Middle East would go away. This is a tired argument that buys into the propaganda of the enemies of peace, and America utterly rejects it," Bush told a special session of the Knesset, the Israeli parliament, in Jerusalem.

"Israel's population may be just over 7 million. But when you confront terror and evil, you are 307 million strong, because the United States of America stands with you," Bush added.

And now we have our current President Obama - who is known to have become "livid" when he heard about the new Jewish homes being built in Jerusalem.

If the basic reasoning for any government's existence is to protect its citizenry - and it is being forced into a situation where they are unable to defend those citizens... that government finds itself in an untenable situation.

Israel and the United States have been allies since 1948 - but not without some friction. Taking a walk through American-Israeli relations - I would suggest that Israel had better have a Plan B. A plan that takes into account the weakening of ties of the two countries.

This is a sad moment for Jews all around the world. A moment where we realize that the bonds that bind these two countries together are not "unbreakable", and that this may be the time for Israel to realize that it's time to stand on her own without the strings attaching her to the United States. There may be presidents that see the importance of that connection... and there may be presidents that do not. Israel cannot afford to be dependent on a country that may or may not see the vital importance of the relationship.

This is a very good post although I would add a correction. While the Reagan administration officially condemned Israel's strike on the Iraqi nuclear facility in 1981, everyone, including Israel, knew that was for international consumption and that it really came with a wink and a nod. Peggy Noonan wrote about this in her great book, "When Character Was King: A Story Of Ronald Reagan."

Thank you. I'm not sure I knew that - but why should it be that way? Especially Reagan. Call a spade a spade.