News Not Fit to Print? 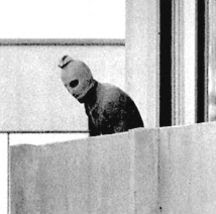 Borrowing a famous phrase... All the News that's Fit to Print - did any of these stories make it to the Mainstream Media?

Let's begin with the good news.

A daughter to one of the royal families in the Persian Gulf is in Israel undergoing a complicated heart operation, according to Knesset Member Ayoub Kara.

The royal patient insisted on undergoing the procedure here - after her doctors recommended one of Israel's leading hospitals as the best place to undergo the operation. For security and other reasons, the name of the hospital has not been published....

The woman's husband, a prince of the unnamed Gulf kingdom himself, is considered a key figure in his country. He told MK Kara that if – and hopefully, when – his wife recovers, he plans to lobby for construction of a large medical center that will take in patients from around the Arab world – with Israeli doctors helping to set up the project. In a statement, MK Kara's sees medicine as an important bridge to bring Israel and the Arab world closer, “especially given the fact that in recent years more and more Arabs have been exposed to Israeli medicine, and are well aware of the high quality of Israeli medicine.”

Commenting on the story, MK Kara said that “this is another humanitarian gesture that displays the true values of the State of Israel. Incidents like help bring peace closer than the last 10 years of peace talks did; peace is made not with a piece of paper, but with positive human relations between nations."

This is news that I like to hear. Israel leading the way in medical research and treating those in need. I must agree with Minister Kara where he says that "peace is made not with a piece of paper, but with positive human relations between nations." Peace is not about giving away parts of Israel in order to gain recognition and theoretical peace from her Arab neighbors (blackmail) - peace is created when two mutual parties recognize that there are mutual benefits to living next to each other in trust and recognition of the good done for each other. This is a wonderful step in the right direction.

In a step in the wrong direction, Israel's "peace partner", the Palestinian Authority headed by the "moderate" Mahmoud Abbas has decided to honor the planner of the 1972 Olympics Israeli Athletes Massacre.

Abbas, who worked behind the scenes to fund the murder of 11 Israelis at Munich, earlier this year told American Jewish leaders he would halt incitement and the encouragement of violence against Jews. One month later Abbas praised Abu Daoud, the mastermind of the massacre of 11 Israeli athletes at the Munich Olympics in 1972 who died this year.

At last week’s Fatah’s Revolutionary Council meeting, Abbas sat at the head table in front of a poster of Amin al-Hindi, one of the senior planners of the terrorist attack that shocked the world but not enough to stop Olympic officials from continuing with the Games despite the massacre.

The Fatah meeting officially was held in honor of “the Shahid (Martyr) commander Amin Al-Hindi,” according to Palestinian Media Watch... Last August, the official PA daily described al-Hindi's participation in the Olympic massacre, saying he was "one of the stars who sparkled... at the sports stadium in Munich." The attack itself was referred to as "just one of many shining stations" in his life.

I must wonder how it's possible to create anything that resembles respect let alone peace. Peace is only an option when the two parties respect each other. Memorializing and honoring people who murdered Jews in cold blood, then turning around and speaking about peace and understanding is a sick joke. Somehow Israel is supposed to ignore such acts and pretend that they didn't happen - that these are people to be reckoned with and taken seriously? It is beyond me to understand.

And in surprise news... although I'm not sure what the shocker here is:
Iran shipped arms and troops to Hezbollah in 2006 using ambulances! Wow, I can't believe it. Aren't ambulances supposed to be sacred? Aren't they supposed to only be used for saving lives? Shockingly, no - and if you believe it... I'm not sure where you've been (or where the media has been). Ambulances have been used by Arab terrorists to transport weapons for years.

It's too bad that the Media as a whole doesn't bother to do their research. A quick jaunt through the newspapers of the world and a little bit of reading goes a long way to understanding what's going on in the Middle East. It's incredible how the Media is focused on the issue of "settlements" when in truth it is clear that mutual respect is the most basic building block to actual, real peace rather than blackmail and murder. Most would see this as common sense, but as we know - common sense isn't that common and you won't be finding it in the Media.
Posted by Shira at 12:24 PM