New Beginnings for the Middle East 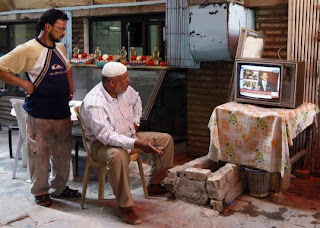 King Abdullah told Obama during his visit to Riyadh last week that Arab patience was wearing thin and that a solution of the Arab-Israeli conflict would be the "magic key" to all issues in the region, al-Hayat said, quoting what it called informed sources.

"We want from you a serious participation to solve the Palestinian issue and impose the solution if necessary," the Saudi monarch told Obama, according to the paper, which is owned by a nephew of the monarch. It did not elaborate.

"...impose the solution if necessary." These five words sounded a loud alarm in head and sent me into my own archives where I found a similar quote regarding the "Palestinian" issue by an Obama advisor, Samantha Power.

Unfortunately, imposition of a solution on unwilling parties is dreadful. It's a terrible thing to do, it's fundamentally undemocratic …. And, unfortunately, it does require external intervention, which, very much like the Rwanda scenario, that thought experiment, if we had intervened early.... Any intervention is going to come under fierce criticism.

Never mind the Rwanda comparison... or the Holocaust comparison made by President B. Hussein just the other day.

Around the world, the Jewish people were persecuted for centuries, and anti-Semitism in Europe culminated in an unprecedented Holocaust... Six million Jews were killed -- more than the entire Jewish population of Israel today....On the other hand, it is also undeniable that the Palestinian people -- Muslims and Christians -- have suffered in pursuit of a homeland. For more than 60 years they've endured the pain of dislocation.

Yes, because "dislocation" and "Holocaust" sound so much alike - the murder of 6 million innocents on one hand and the "dislocation" of people who chose not to become part of Israeli society when given the choice, and left to rot by their Arab brethren in the surrounding countries on the other. Gosh, that's a close comparison when I think of it.

"Dislocation" is when 900,000 Jews are thrown out of their homes of 3000 years without a penny to their name - billions stolen from them by their Arab governments. Dislocation is when the last Jews of Yemen are forced to leave their homes due to threats on their lives and property. Dislocation is in no way comparable to mass murder. It is obnoxious and minimizes what was done to the Jews by the Nazis. It also minimizes the sacrifices that the American People made to free Europe from totalitarian rule only 65 years ago.

President B. Hussein has named his Cairo speech "A New Beginning". What kind of new "beginning" is this? A beginning without moral clarity?

When the King of Arabia starts to sound like Obama advisors... it's time for all Americans to wonder about this "new beginning" and what it means for Israel and our Middle East policies.
Posted by Shira at 4:30 PM